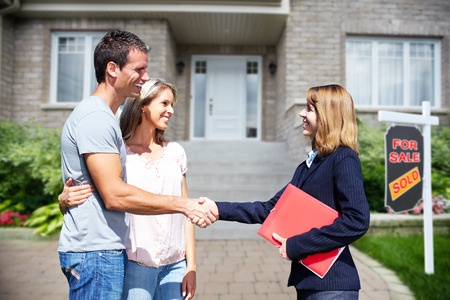 The time is now to sell your home
If you are still not sure if selling your home this year is a smart financial move, there are several reasons to take the plunge and go for a change in your address.Money is cheap and people have jobsEven though mortgage rates have risen slightly since last October, many of the most popular mortgage loans remain at historically low rates. Most market experts agree that mortgage rates will remain around the 4 percent level at least for the short term before they begin to inch up, maybe towards the end of the year.Why are low mortgage rates important to you as a seller? Simply put, the lower mortgage rates are, the cheaper money is to borrow. When mortgage rates are low, more buyers are enticed into the real estate market, meaning you'll have more offers for your home, which could drive up its price.Unemployment rates have also been decreasing and wages have been rising in recent months, meaning that more people than ever before can afford to buy a home. A case of supply and demandThe number of homes available for sale has declined by 54 percent since 2007, and there were only about 1.85 million homes available for sale across the entire country as of last November. For sellers, this means a couple of things. There is less competition in the market and the forces of economics are clearly coming into play in real estate.The less of something there is, the more valuable it becomes – everyone knows that's old-fashioned supply and demand. For home sellers, it means that their property will sell for more now when there are fewer homes available to purchase.The buying impulse is backWhen the real estate market collapsed a decade ago, the pool of buyers dried up. That has now changed, as many buyers are realizing now is the time to purchase their own slice of the American dream. Many have realized that as rental prices have increased, it is now actually saving them money (and netting them equity) to buy a home rather than rent.Many millennials who have put off starting families and buying homes are feeling more confident in the economy and are entering the real estate market for the first tie as well, meaning that sellers have an even greater pool of buyers for their homes.Home values have increasedHome values increased by 6.8 percent from November of 2015 to November of 2016, to an average of $234,900. This marked the 57th month of a year over year increase in home values, meaning that sellers are benefiting from the price increase.Many homeowners who found themselves upside down in their mortgages due to the real estate collapse can now sell their homes and make a profit, rather than having to absorb a loss.Potential sellers should also factor into their decision the impact of the new administration ins Washington, D.C. President Donald Trump is a real estate developer himself and will bring that knowledge to the table as he implements policy decisions that could impact the housing market.
Posted in Selling Your Home
no comments yet
Please enable Javascript to comment on this blog
Like or Share
Loading likes...