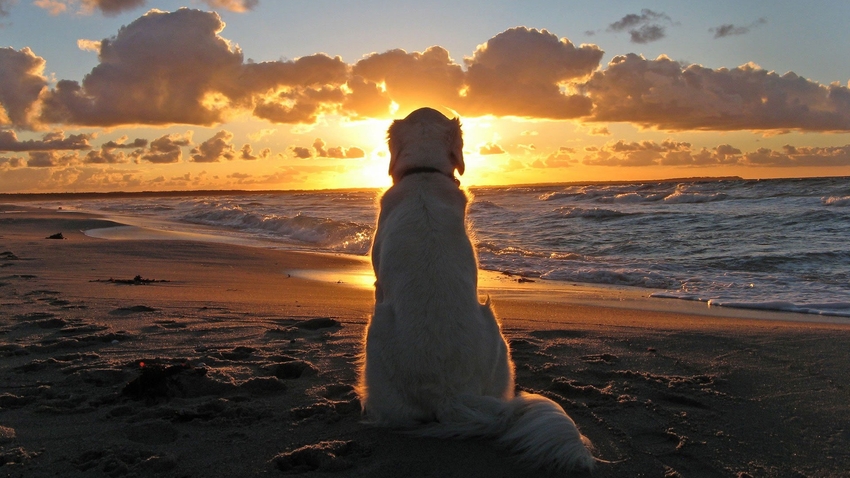 "It really doesn't get much better than this," I thought a few days ago as I threw the neon yellow tennis ball down the beach for Deuce, my Golden Retriever to fetch. If you're reading this article, I'm guessing you've had a similar thought at some point in the past.

We've probably also shared another experience, this one on the opposite end of the spectrum. In my nearly 10 years living in this area, I've had to turn my car around multiple times at the sight of a "No Pets Allowed" sign. That's a depressing affair for both Deuce & I, and it's exactly why I wrote this article. Without further ado, here are the best dog friendly beaches in NC.

1. Are dogs allowed on Carolina Beach?

During the off-season, from October 1st to March 31st, dogs are allowed on Carolina Beach all day. That comes with the stipulation that your dog is on a leash at all times, and that you have some sort of container to clean up after them on your person.

When the Summer weather rolls back around, lasting from April 1st through September 30th, pet laws are slightly more strict on Carolina Beach. All the previous rules still apply, but at this time you can only take your pet out onto the beach between 5 PM and 9 AM.

2. Are dogs allowed on Kure Beach?

Presumably, because Kure Beach & Carolina Beach are direct neighbors, they share all the same laws when it comes to being pet friendly - so refer to the information above.

3. Are dogs allowed on Wrightsville Beach?

Like the previous two beaches, you can have your leashed dog on Wrightsville Beach at any time during the off-season (October 1st to March 31st). They have the same law requiring you to keep a waste disposal container with you at all times.

4. Are dogs allowed on the beach at Fort Fisher?

Fort Fisher might be the most pet friendly area on our list. That's because you're allowed to bring your favorite dog/s at any time year-round - and they don't have to be on a leash! They still require waste cleanup bags, but they're provided at the beach for easy access.

The laws of Ocean Isle (and many of the other Brunswick beaches) fall somewhere on the spectrum between the laws of Carolina Beach & Fort Fisher. That's because leashed dogs are allowed on the beach throughout the year at all times of the day - except from Memorial Day to Labor Day, where they're only allowed from 9 AM to 6 PM.

Those are the best dog friendly beaches in NC. Now you'll never run into another oppressive "No Pets Allowed" sign, and I know your pooch will thank you for that!  Also check out this post we wrote a while back for more dog friendly places in Wilmington NC.