On January 19th, Network Real Estate held it's annual awards luncheon, to honor our realtors' charitable contributions and professional successes over the last twelve months. It was a great night full of smiles, celebrations, and fellowship, and we're thrilled to share all the details via our official press release. Enjoy! 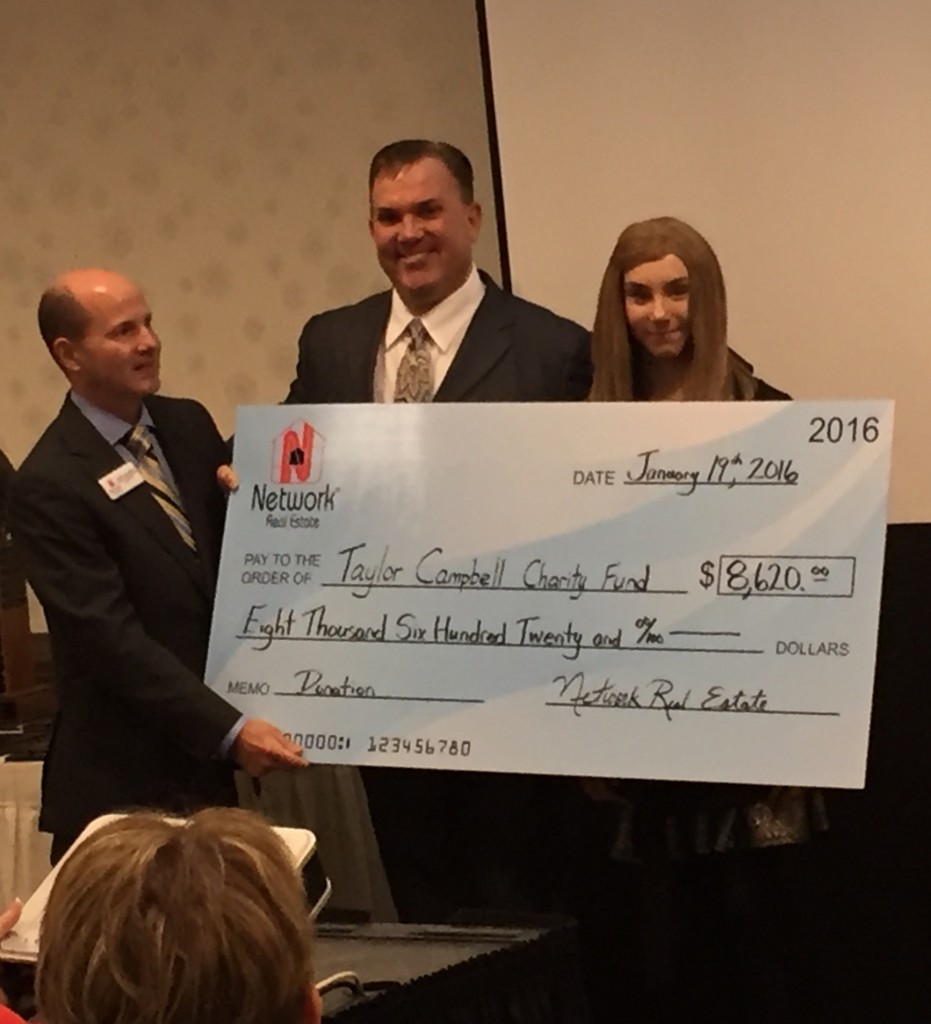 Mike Duncan and Gregory Mason of Sage Island, Network's marketing provider, presented an overview of the marketing efforts for the past year and the new marketing plans for 2016.

Kevin McKoy and Neal Johnson presented a check representing $8,620, which the Network agents and Network Real Estate have collectively given to their chosen charity in the past year, to Mike and Taylor Campbell of the Taylor Campbell Pledge Fund, which provides care and after care for local burn victims. The Paul Sullins Spirit Award was presented by Kevin McKoy to Mary Martin, manager of the College Road office. The award is given to the office that had the combined largest percentage increase in sales, listing and recruiting for 2015.

Neal Johnson presented award plaques to the top producing agents for 2015. They are as follows:

Thank you to everyone who came out to celebrate with us, and congratulations once again to all our honorees. We can't wait to see what Network Real Estate accomplishes in 2016!